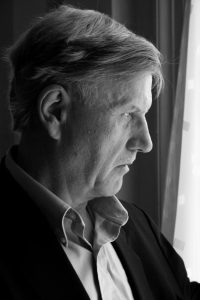 “The performance of the pianist Adam Wodnicki at the final concert of the Chopin Festival was fantastic. The ovations were endless, even after the fourth encore.” (Mariánskolázeňské Listy, Marienbad, Czech Republic)

“He is alive to the tender poetry of Paderewski’s slighter pieces but turns to the massive proportions of the Sonata with complete conviction, and here his playing can be genuinely thrilling.” (Fanfare Record Magazine, U.S.A.)

He is a virtuoso of stunning level. He performed Prokofiev’s VI Sonata with brilliance and almost superhuman qualities.” (Hadashot ha-Forum, Tel-Aviv, Israel)

“His grasp of the emotional content of the works is total…” (Nanning Evening News, Nanning, China)

“..amid Wodnicki’s virtuoso acumen there was that indescribable magic of emotion-so rarely heard on today’s concert stages.” (The Salt Lake City Tribune, U.S.A.)

“Wodnicki is a master of reprise and restatement. With every return of one or another section of a large musical form he brings into relief an increasingly larger number of nuances. The listener can feel his experience being enriched.” (Ruch Muzyczny, Poland)

“The star of the night was, without any doubt, Polish pianist Adam Wodnicki, who not only gave a splendid rendition of the Grieg’s Piano Concerto, but also -and with passionate feeling- two very beautiful pieces by Chopin as encores.” (El Mañana, Reynosa, Mexico)

“..a cultured, expressive performer, possessed of flair and a fluent ease of discourse.” (John Ardoin, The Dallas Morning News, U.S.A.)

“Wodnicki’s virtuosity is of a caliber that at times downright take one’s breath away.” (Helsingin Sanomat, Helsinki, Finland)

We use cookies to ensure that we give you the best experience on our website.Ok